My first week in Puerto Viejo on the caribbean coast of Costa Rica was everything I needed it to be.  After many months of housesitting in the UK, snuggled up with other people’s pets in lovely comfortable surroundings, I found myself the other side of the world living in a tent. 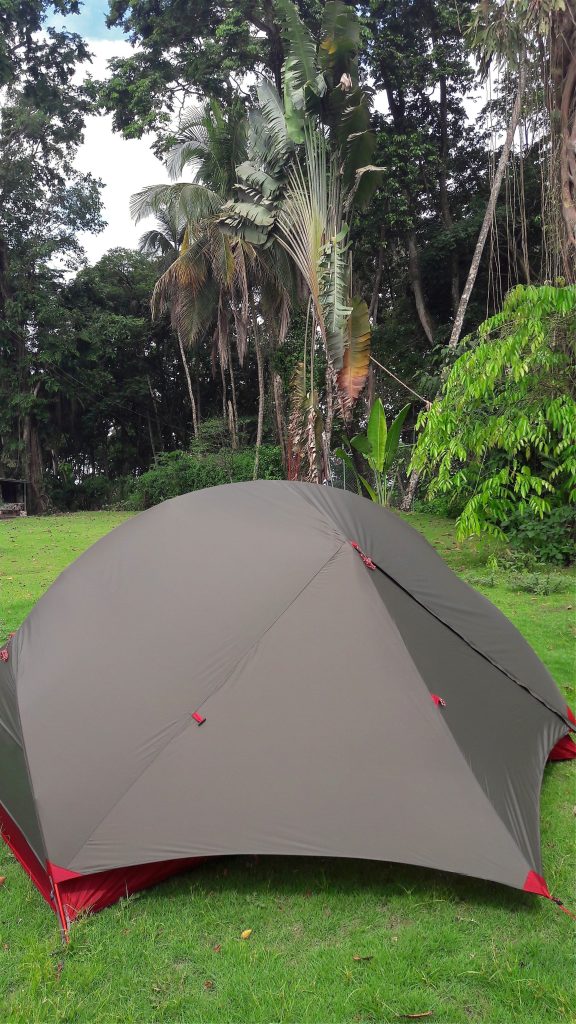 I didn’t know it at the time, but a hurricane was on its way.  Apparently it is very unusual in Costa Rica, but given my countless previous near misses with disasters it didn’t surprise me in the slightest.  Anyway, I was blissfully unaware of the storm that was looming as I optimistically pitched my tent outside Rocking J’s, a popular hostel in Puerto Viejo.

Hurricane Otto was still a few days away, but rain hammered down relentlessly on my previously untested tent.  After the first night I knew I’d made the right purchase, when after 6 hours of non-stop heavier than I’ve ever experienced rain, there was not a single drop inside.  I slept a lot easier the next night.

I’m not a seasoned camper, and there is something immensely satisfying about withstanding such extreme weather in a tent that is small and light enough to carry in your rucksack!  When the rain finally stopped in the morning, I looked around in awe at the airy spacious bubble I was living in.  It gave me the most amazing sense of freedom to know that I could travel anywhere in the world with this miraculous mobile house.

It wasn’t just the rain that was extreme.  When the sky cleared, the blazing heat of the sun made it impossible to do much more than collapse on the beach under the welcome shade of a palm tree, which was fine by me. 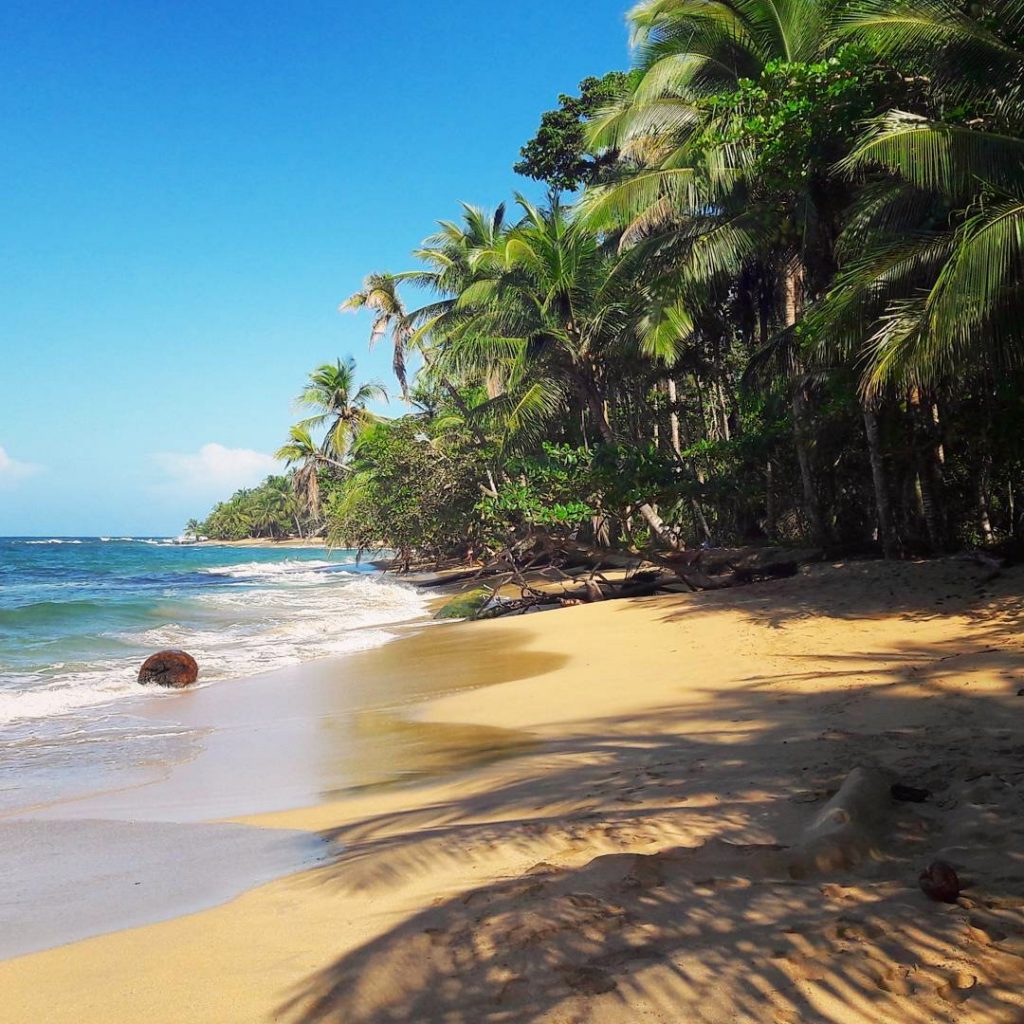 I would cool off every so often in the huge crashing waves, trying simultaneously to keep my bikini on, avoid drowning, and watch my bag didn’t get stolen! 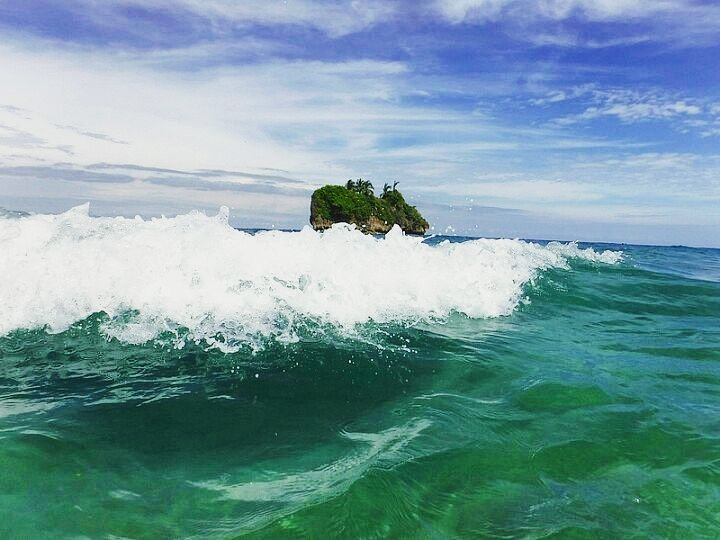 The humidity meant nothing dried here, and all my clothes were left smelling of mildew no matter how much I washed them.  I practically gave up washing myself too!  I bathed in the sea and showered in the rain.

By the end of the week I’d completely surrendered to my unpredictable surroundings.  I still didn’t know it, but the hurricane was getting closer.  The rain was getting heavier and longer, shortening my time on the beach, and forcing me into the water, which was where I really wanted to be anyway.

As I played in the crashing waves I reached up my arms to feel the rain that was pouring down and merging with the swirling foam of the ocean.  Again and again I was engulfed by the sea, happily coughing and spluttering as I inhaled salt water.  I became as wild as my surroundings, bursting with joy, and freedom glistening in my eyes. 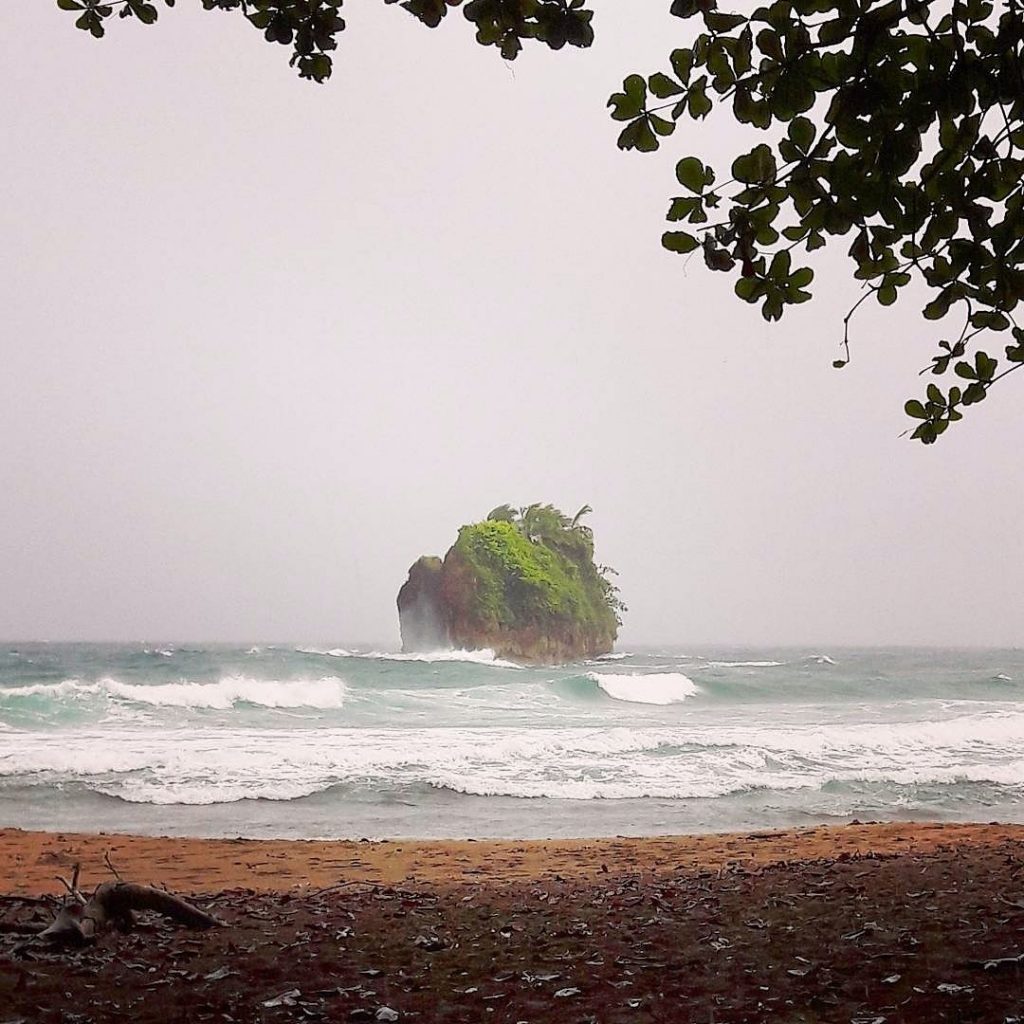 In that moment I knew the meaning of ‘pura vida’, a popular Costa Rican expression which translates as ‘pure life’.  They say it when things are good, when things go wrong, and basically whenever they feel like it!  A week ago, I felt like I needed calm surroundings in order to relax.  Now I found the opposite to be true.  I was at the mercy of the whirlpool around me and bursting sky above, and was happier than ever.

However, even with my new found oneness with the storm, when I heard about Hurricane Otto rapidly approaching I decided it was time to leave my wild caribbean paradise.  From the reaction of the locals I’m sure it would have been safe to stay, but a Costa Rican friend had said the road to Puerto Viejo may close if the rain continued.  He was right, it did, but we were fortunately back in San Jose by then.

So I hurriedly packed up my tent and left Puerto Viejo, hoping but not knowing if I would come back.  There was so much more of this amazing stretch of coastline to explore, but for now I would have to settle for the volcanoes, hot springs and rainforest of the interior of Costa Rica!

It’s so easy to get stuck in our comfort zones.  When I’m at home I spend most of my time in a lovely safe bubble!  When was the last time you surrendered to the wild forces of nature?  Was it intentional, or did weather / a natural disaster / some unpredictable event catch you off guard?  Leave me a comment below 🙂